G Suite is up to more than 3 million paying users now, and growing all the time. With its suite of communication and collaboration tools, Google Apps makes connecting your work on the cloud easier than ever.

But although email, documents, storage, and chat are all simplified, it’s still extremely hard to create a Google workflow. Making a Google Apps workflow with native tools usually involves either a lot of frustration or deep technical guidance. Since Google doesn’t provide an easy solution, you’ll have to explore a different method.

5 Options to Make a Workflow for Google Apps 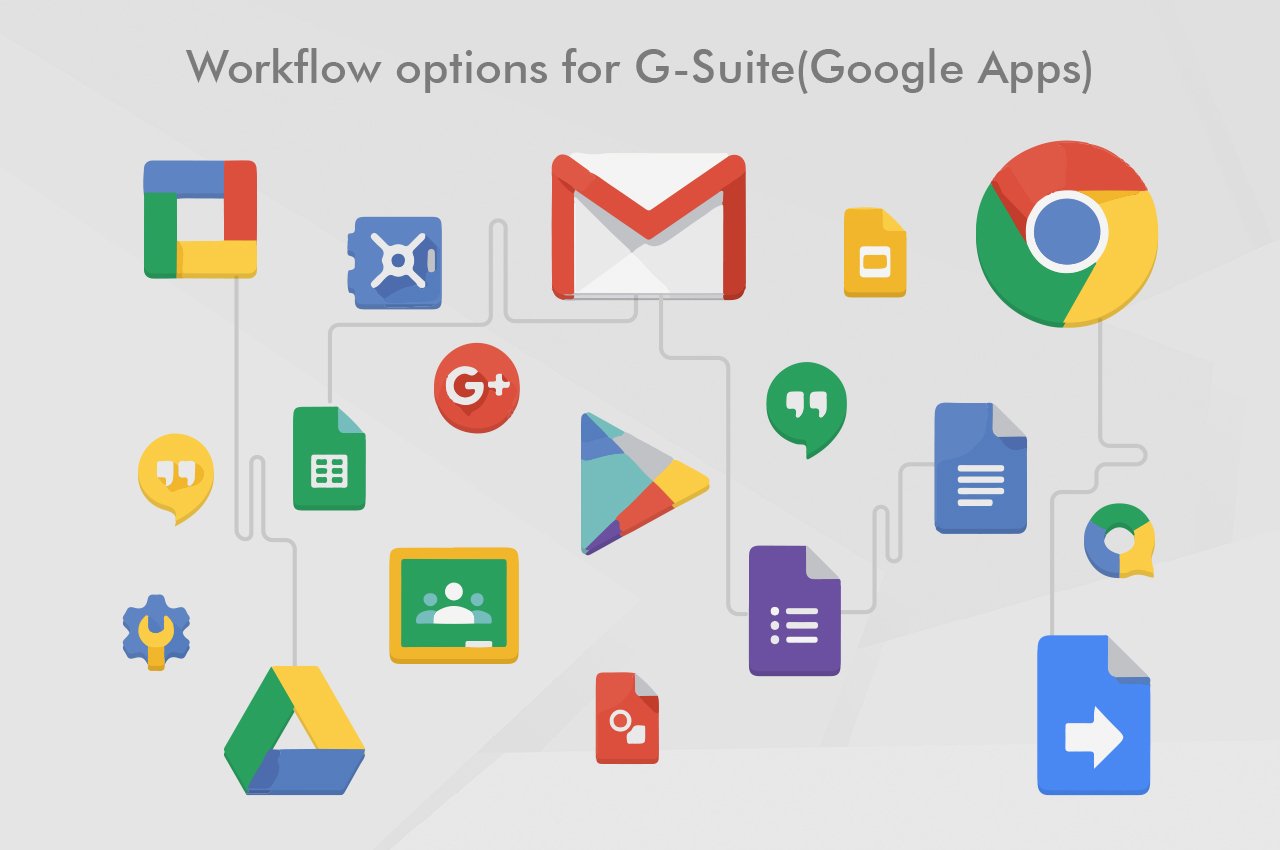 5 Options to Make a Workflow for Google Apps

An automated workflow is a set of tasks that are organized to happen in certain conditions. A Google workflow tool should be able to take an event in one app, get approval from a manager, add data to a Google sheet, and continue to manage the flow of work on its own. In the ideal Google Apps workflow, you the only time a hu#poman needs to be involved is when an approval is required.

You can make a very simple Google Apps workflow with existing tools, but you’ll quickly grow out of this as the number of requests grows and as you want to have more control over the process.

Gmail is ubiquitous for communication and collaboration. However, most of us unknowingly also use Gmail to trigger workflows in Google Apps. For example, a travel expense approval email is sent to a manager with a templatized spreadsheet attached. The manager approves it and forwards it to the finance team for processing.

Using Gmail and Sheets is the fastest way to set up a Google workflow, especially in small teams. However, these workflow lack a lot in data validation, tracking, reports, speed, and error prevention. You’ll quickly want to look for a new option.

In the first Google Apps workflow option, data goes from one person to another but doesn’t require any special validation. Google Forms let you validate and control the information coming in with special fields. It also makes sure the information is neatly categorized in a Google Sheet for easier record keeping.

A sales enquiry is a good example. Using a hosted Google Form, a company can collect specific details on a potential customer before contacting them. Enquiries automatically show up on the Sheet so that the team knows which ones they’ve handled already.

While this solves some of the chaos in Google Apps workflows, it can also reveal more. The data is static; it sits on the form until someone acts on it. If you have multiple people involved in the process, your editable sheet might get altered and changed unknowingly. You also can’t show selective data to certain people in a workflow, not to mention audit trails and escalations.

Up to this point, every step in the workflow has been manually done by someone (aside from taking data from the form and putting it on a spreadsheet). Google Apps Scripts allow you to insert a small bit of code to create an automated one-step Google workflow.

For example, a company might add a Script to automatically send a thank-you email after the Form is submitted. Or they could send commercial and residential requests to different departments.

Apps Scripts are often your first step towards an automated Google Apps workflow, but they have their limitations. First, you need to have a basic level of coding knowledge. Second, Apps Scripts are easy to set up when you are dealing with one step at a time, but get very complicated if you are dealing with a multiple-step workflow. Third, all of your communication and clarifications happen outside of the workflow, likely in Gmail.

#1 Workflow For Google. Try it Now.

When you are ready to build a multi-step workflow, start with a solid workflow software built for Google Apps and G Suite for Business. Platforms like Kissflow Workflow not only let you create as many Google workflows as you need, but they also come with additional features like enhanced forms, the ability to create parallel and other advanced workflows, permissions and visibility conditions, and reports to analyze the workflow.

For example, the details from the online form can be sent first to the data mining team who gather additional information on the customer and then forward it to a sales rep who has a three-step follow-up plan.

Workflow software can reduce the chaos in a process to the level that you hardly ever need to follow up on something. Good software will let you edit your Google workflow and form without needing to contact a software engineer.

Some workflows are so specialized to the way an organization functions that an open platform like Kissflow just isn’t enough.

For example, let’s say a landscape design firm wants to automatically include high-resolution satellite images of the property based on the address entered on the customer enquiry form. This level of specialization requires something more than most off-the-shelf workflow management software can offer. In this case, the company either needs to find or commission industry-specific software to help meet their needs.

Which Google Apps Workflow Option Is Best for You?

Think through all the workflows in your organization. Where do you see the chaos? Does your workflow need to move to a higher level of sophistication? Consider your options and discover what the next step is for your organization. 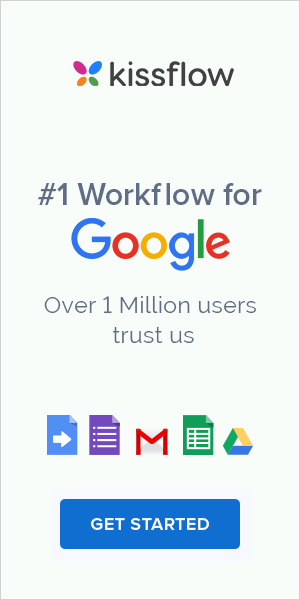