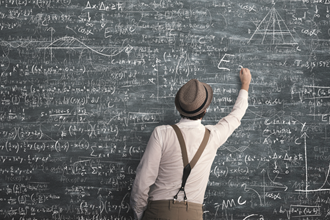 4 Reasons BPM is Being Forced Into Low Code

Meredith wants to implement a new automated process for her finance team, but she doesn’t have the necessary IT knowledge to code it herself. Her IT team is busy with other projects in their pipeline, and they’re saying it’ll take another six months at least before they can get to her request.

Meredith knows she can gain an exponential amount of time and efficiency with this new process, but it seems so far out of reach now. How can she get her process implemented?

Modern BPM software is embracing low-code – mostly because it has to. Low-code platform is a new method of software development that focuses on developing software with minimal coding. It’s a faster method of developing apps within an environment so that people who have limited coding knowledge can code their own apps without having to rely on other people and the IT department.

With low code, there are fewer bugs in the code, since there’s a lot of pre-built and tested modules that can be used. With simple drag and drop functions, low-code apps can be pretty easy to develop. All this makes low code incredibly easy to work on as a method of coding.

But BPM platforms are not moving to low code BPM software just because it’s a nice idea; they are doing it because customers are demanding it. Department heads like Meredith want to take process development into their own hands, whether they have the technical knowledge or not.

Here are four other reasons BPM is making a quick shift to low-code.

1. Other Industries Are Being Dominated By Low Code

The low code trend is disrupting more than just BPM. Low code and no-code development are changing the market landscape in nearly every category of software. Many new vendors are providing user-friendly platforms without charging an arm and a leg. What’s more, they also offer your own staff the power to make their own additions to the platform without needing a dedicated and professional coder.

This means that there’s little requirement for legacy BPM software that has set functionalities and limited flexibility. Low code eliminates the requirement for needing expensive development teams, and that’s where companies are saving money. When the exorbitant cost of development is cheapened with low-code solutions, every industry out there is looking at low-code and no-code software development as a viable alternative.

Skilled coders are expensive; having an entire team is even more expensive. That’s something that low code can help reduce. Without the need for expensive coders, you’re freeing up a lot more monetary resources for other improvements and projects.

But that doesn’t mean that you should be eschewing coders altogether. You’ll always need some for projects that you cannot do with low-code or no-code. Having expert programmers on hand is always a good idea, but they don’t need to be making simple applications that low code BPM software could do.

With the advent of the cloud, there are more and more vendors that are offering packaged BPM applications at a fraction of the cost of legacy BPM software that required intense technical knowledge and were obscenely expensive.

Small and medium businesses are looking at these offerings and deciding that they want something to help their BPM as well. And one of the factors they’re looking for is low-code systems, and with it, the potential to increase savings and improve workability. Low code BPM applications will only continue to increase for BPM and many other areas.

You can expect that more and more BPM software vendors will try to incorporate low code BPM software as a potential feature that they can sell to their customers.

4. It’s Easy ROI, Fast To The Market, Easy To Maintain

With low code BPM applications, it’s easier than ever before to make a profit off your investment. All companies want something custom, but most of them can’t afford the huge costs that come with custom-built software.

What a best low-code platform offers is the ability to target a mass audience. It can be rolled out to your organization quicker than a code-heavy program because nearly anyone can start using it immediately.

Another attractive feature of low-code technology is that it’s easy to maintain. Most of the modules that are used in low code are already without bugs and designed to work out of the box. This kind of easy maintenance is easy for both customers and developers. With less maintenance, customers can focus on getting their work done, and developers can focus on adding new functionalities.

Low code and no code platforms have been taking the market by storm, and rightly so. The benefits that they have to offer are incredible to businesses of all sizes, who are looking for a way to adopt cloud based BPM solutions, without the exorbitant costs that come with custom built solutions.

Low code BPM software provides a great way for someone like Meredith to take charge of her own processes and do the automation herself without needing to rely on her IT team for every change. With these kinds of features, low code is here to stay for the long run. 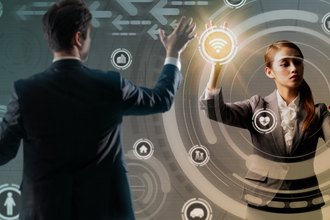 Features of Low-Code System: What Makes Them Better

Programmers are always looking for an efficient way to reduce input/output ... 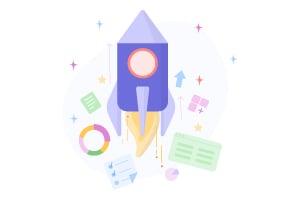 As programmers, we understand that text-based computer languages are focused on ...