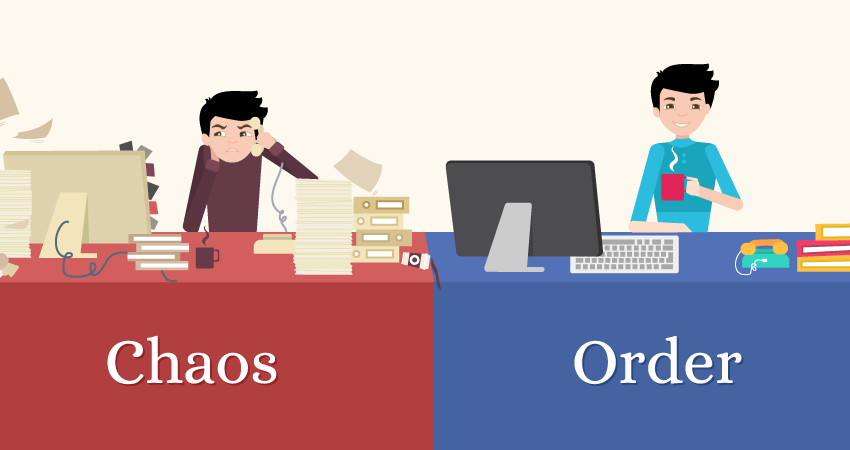 However, many organizations underestimate the importance of change management when it comes to BPM implementation. The change that BPM brings must be managed from the early stage in order to prevent a lot of headaches that can come. Therefore, it is essential to understand the possible roadblocks that can occur and address them proactively to manage change efficiently.

Let’s look at these roadblocks through the eyes of Kevin, a manager in the Finance department.

Kevin wasn’t aware of a new BPM system until it was launched all at once and everyone was told to begin using it. He was forced with the responsibility to manage several finance automated processes.

At first, he voiced his objections, saying that the software was lacking key features. When his complaints seemed to fall on deaf ears, he began running parallel processes. One through his existing manual workflow consisting of a fillable PDF file he had created earlier in the year, and another proxy process through the BPM system just to keep the higher ups happy.

When Kevin told a few other managers who had similar frustrations what he was doing, many of them began adopting the same strategy.

Tip: To avoid this kind of silent mutiny, it’s essential to communicate the benefits of automation to the process stakeholders upfront and involve them in the process of choosing the software. Forcing a system on an employee will likely make them bitter about it and lead them to find alternate ways to get work done.

Kevin was also fed up with yet another new system to learn. He had just started to feel proficient with the tools inside his finance software, and now he had to learn something totally new.

The IT team ran a few webinars to give an overview of the system, but they were always at inconvenient times. As a process owner, Kevin was responsible for training his team on how to use the system, but he had no clue how to answer their questions.

This slowed down the whole process until Kevin started his underground manual processes mentioned before. The new software was complicated and difficult to manage, and he didn’t have enough time to sit and learn something new that would likely be changed in a year.

Tip: When choosing a BPM system, if you want your department heads to take ownership over their own processes, you will probably want to stay away from traditional BPM software that demands learning basic coding or complex notation. Rather, make sure to choose a human-centric option that comes with stand-by support and extensive documentation.

Three months before the CIO announced the implementation of the BPM software, Kevin and his finance team had developed a new strategy to meet the increasing demand they were facing. Kevin had been deeply involved in this process and it seemed that the BPM implementation was doubling up on work they had already done.

With new processes in place, most of the earlier strategy work was not useful anymore. For Kevin, this was a disruption to his work and a reminder that the management didn’t really care about what he did. His resistance to the BPM system only strengthened as he looked for new ways to implement his earlier plan.

Tip: Before kicking off a BPM initiative, make sure that the new way of process management and the current strategy intertwine and closely align with each other. Implementing a BPM software does not mean changing the whole process and the strategy associated with it. Rather, it just changes the way the processes are handled, in order to make them more efficient and not the processes.

The Need for Change Management:

The root cause of all these challenges is underestimating of change management and haphazard planning. Most organizations, perceive the implementation of a new system as a “software change”. On the flip side, the reality is that the new system actually brings about an “organizational change” at the people level and process level, which needs to be addressed. When organizations ignore the impact of change initiatives on people, roadblocks arise and the intended results do not meet the expectations. Generally, organizations involve only limited workforces in making decisions about process management. This results in employees who do not care about or even agree with the process.

It’s critical to make sure that every stakeholder of the process has been articulated about the changes, the benefits of the new system and their responsibilities, even before the software is rolled-out. Employee engagement is the biggest factor to create buy-in with employees and overcome organizational resistance. Choosing an easy-to-use and intuitive software like Kissflow Process, with all the stakeholders involved in the selection process, averts most problems that crop up as a result of change.

⋙ Check out why these 6 BPM Software are at the top of the competition!