Automation Doesn’t Have to Eat Your IT Budget 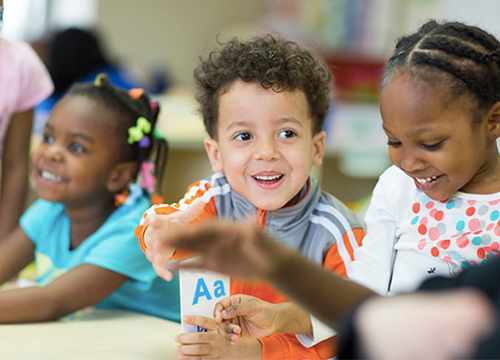 Kissflow is not complex, and has really been easy to build our processes on.

The YMCA of Metropolitan Chicago is the fourth largest charitable organization in Chicago. Today, about 100,000 members of YMCA and over half a million Chicagoans rely on the YMCA for social guidance and individual empowerment. Its mission is to strengthen Chicagoland and its neighborhoods through a diverse range of programs designed to meet each community’s needs.

Matthew Robinson, IT Project Manager at YMCA of Metro Chicago, recently briefed us on how they have automated some core processes.

The YMCA of Metro Chicago has an extensive network of buildings, gyms, and other facilities around the area. Many individuals and groups rent the facilities for birthday parties, events, meetings, and various other functions.

All their communications and approvals for rentals and licensing of facilities used to happen in Lotus Notes. However, it became difficult to print, track information, and collect data. Even approving requests via emails was hard as only limited information was readily available.

Starting in 2015, the YMCA of Metro Chicago started using G Suite and began phasing out old tools to move to better solutions. But software, even for non-profits, isn’t cheap. “We burned through half a million dollars pretty quickly,” said Matthew. They purchased programs for their finance department, membership application, and many others.

One of the key applications they were moving out of was Lotus Notes. But by the time they were looking for a new workflow solution, they didn’t have a lot of funds left. They needed a solution that they could easily build with, was very cost-effective, and integrated with the applications they currently used.

Matthew found Kissflow online and immediately saw potential. He found the system easy to use, and its integrations were exactly what they needed. Best of all, Kissflow  came at a price they could afford.

Matthew said, “I had hands-on experience in building the Facility License Agreements process (FLA) and the Campus Events approval process in Kissflow.”

The process they built for FLAs facilitates the communication between the requestor and internal staff. Several approvals are needed, including the legal team, the local facility manager, and the executive director who oversees risk management.

One Solution to Various Problems

Eliminated email approvals – One essential requirement of the new approval system was that it shouldn’t rely on email. Requests should be approvable from any location without the user needing to check through all their emails. WithKissflow, users have a mobile application, or can log in directly to approve.

One senior leader in the YMCA of Metro Chicago does not like to approve requests via email. She keeps Kissflow open, and as requests come by she approves them. This saves her time from having to be in a multi-use platform like G Suite where she can get easily distracted. Separating the requests lets her keep tabs on what’s happening on the requests.

Provides printing solution – While electronic processing is great, customers often needs something in their hand that shows exactly what was agreed. Whether a receipt or a contract, easy printing was an vital part of Kissflow they continue to enjoy.

Generates data on processes – Earlier Mathew and his team didn’t know how efficiently processes were running or how they could be improved. With better data availability through Kissflow, they are now able to make changes to processes and further streamline the work.

Smart action approval – Kissflow has a unique Smart Action feature so that the executive director simply clicks ‘Approve’, right on the email in Gmail and the request moves on automatically. The YMCA of Metro Chicago uses this for other processes that are straightforward and simplistic.

Integrations – Matthew said the most common complaint they come across is people forgetting their passwords. As Kissflow is integrated with Google they simply ask them to sign in with Google. Having Google integration is very critical. They also have two-factor authentication that they use to increase security and simplicity.

Everyone Can Use It

Matthew Robinson said, “I’m not the only one using it, it’s used by other folks as well. As Kissflow has evolved, it has became simple for anyone to grab and build it pretty quickly. It helps us to evaluate the process in hand. Can we make it more efficient? Can we make it better and faster? We always find ways to improve.”

YMCA of Metro Chicago hopes to continue to build out on their usage of Kissflow. It has been so easy to use that they are looking for more processes to automate.

YMCA of Metro Chicago is doing a marvelous work in strengthening communities through youth development, healthy living, and social responsibility. We are happy to collaborate with them to build processes to automate their workflow approvals.