The Non-Project Manager is Here

We are living in interesting times. Even without taking into consideration the pandemic which has brought some lasting and sweeping changes in the way we work, the world of project management, over the last few years, has changed quite significantly.

For starters, the number of projects being run inside organizations has increased tremendously and these projects are being run by a new breed of “Non-Project Managers.” These are functional managers, such as marketing managers, design managers, content managers, etc. who come from a functional role and have also started dawning the mantle of project manager either because of a lack of project management resources or for strategic reasons.

The world of project management is no longer reserved for PM purebreds with certifications from elite organizations who are equipped with the esoteric knowledge that will get projects done on time and on budget.

This new breed of “Non-Project Managers” are either blissfully ignorant of the basic tenets of the project management process or are carefully rebellious against them. And yet, most end up completing projects with marginal cost overruns and time delays, similar to what conventional project managers would achieve.

So what really is happening here? Is it beginner’s luck, or is it something else that makes these non-project managers as successful (or unsuccessful) as regular project managers?

The new breed of project managers doesn’t play by the rules laid down in traditional project management. They have rules of their own.

Here are a few “rules” coming out of their playbooks:

Project team members are generally inaccurate in their estimation of a project, unruly in their efforts to execute it, and unreliable in completing their activities in an acceptable manner. Seasoned project managers understand this. They use mathematical models, scientific rationale, and historic precedence in order to weed out these uncertainties. They plan their projects around these by providing ample legroom in the form of a time buffer right from the get-go.

On the other hand, non-project managers understand people. They understand that estimation, work efficiency, project velocity, and everything around it are primarily driven by one major factor: human beings and their tendency to be human.

As trivial as this sounds, this is the biggest weapon in the arsenal of the non-project manager. By merely remembering that project team members are people and that people have their own motivations, fears, ambitions, and reservations, non-project managers understand what extra they need to bring to the table to make a project happen.

2. Face uncertainties to the best of your knowledge

Uncertainties are the worst enemies of a project manager. While uncertainties with respect to people are mitigated by time and budget buffers, uncertainties with respect to technology are a different ball game altogether. Conventional Project managers thrive in a determinate environment with repeatable patterns. When they are thrown into projects that involve a lot of new technology and processes, they are at the mercy of Subject Matter Experts (SMEs) to plan these projects. And, SMEs in the conventional system often remain as vague and ambiguous as possible because their credibility is at stake, and they are after all human.

However, the non-project manager is an SME themself and that means they would be able to filter out logical buffers from irrational human biases. Non-project managers, unlike conventional project managers, thrive in the midst of uncertainties. They get going without worrying about not having planned everything to the T. They are quicker to wake up to technical roadblocks and possess more conviction when doing the necessary course corrections to avert the same.

3. Drop rules and rituals for movement and agility

A majority of conventional project managers are deeply embedded in the rituals and procedures set forth by their companies and/or the project management methodologies they use. These rituals and rules are non-negotiable to them. They don’t have the time or the openness to question and re-evaluate the relevance of these rituals in the current context. Rules and rituals are great in some cases, but they are not all relevant at all times.

Most projects could do without one or more of these constraints and still deliver without compromising on safety, functionality, time, or budget. Non-project managers are either oblivious to these rules because their presence in project management is itself unexpected or they are too street smart and free-spirited to be confined by rules and rituals that curtail their freedom of diligent execution.

Skill development and thought and role maturity are outside of the scope of projects. This way, a non-project manager focuses on making their team members more competent and relevant, and mature enough to understand the functioning of the business. They thus invoke within the team the motivations necessary to complete a project effectively.

Non-project managers are different. They are contrarian, without even realizing that they are so. They have already taken over the peripheries of project management and will soon become mainstream. And this time around, they will not start a movement; there will not be a manifesto that is signed, nor will there be a new rule book that will come out of this. They will lead us to a world where projects become a function of human beings and skills and not a function of resources and budgets.

Will that mean that projects will take less time to complete and that they will run on optimal budgets? Of course not. But the change is afoot. Learn more about project management for non project managers. 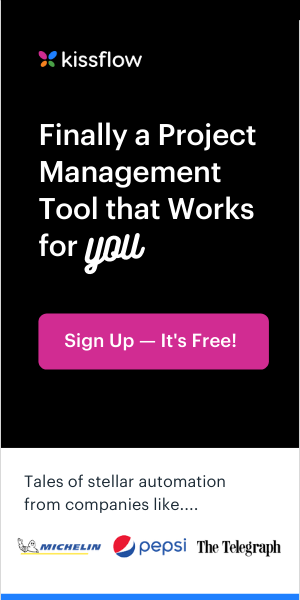 Managing a project is no easy feat, no matter what the scale and scope are. ... 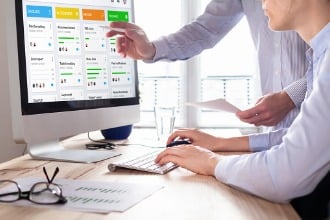 9 Project Management Challenges and How to Overcome Them

Whether you are someone just starting your career in the field of project ...